Manufacturing and welding firm Precision Metal Group (PMG) wrapped up a successful exhibit at the LandForces Conference this year, and not without a much needed boost of local workmanship for manufacturing.

The annual three-day conference was for everyone in the business of land defence, from aviation and defence exports, to unmanned system projects, and training.

Now PMG have been immersed comfortably in the Defence scene since they won a contract in 2019 to weld components of Australia’s armoured defence vehicles – no mean feat for an SME in Western Sydney.

The Parramatta Marist students were given their well-earned certificates as part of a PMG partnership with the school – the old stomping ground of PMG CEO Jason Elias.

“We definitely like to encourage that new generation, especially with a lot of Industry 4.0 around new technologies, and for Australia to be competitive in the international arena,” Mr Elias said.

It’s all a part of PMG’s fight to return industry jobs back to Australia, and a large part of their plan is fostering the rise of apprenticeships, cadets and traineeships, nationally.

“The way the young generation is now, is that they come to us with the IT, tech-savvy mindset – and we have to sell them the trade, as well as to the parents at the same time,” Mr Elias said. “Every parent wants to make sure their kids don’t just work in a foundry, get iron lungs, and have a short lifespan.”

But with the emerging industrial technology, new machinery and bright workshops, Mr Elias is finding that kids are coming back to this work, and they are getting a good intake of cadets and apprentices. He said that beyond his own fabricating and welding company, kids have great opportunities through these schemes to get into careers like materials science, metallurgy, and other science fields.

Mr Elias said it has been a twenty-year-old dream for him to create real jobs in local manufacturing, which has only become a more welcomed idea within the last few years.

“I think we’ve had more support with that now, what with the Covid situation, and the growing support of local products, and small business,” he said.

So as this pioneering SME makes inroads within the defence industry, it’s also giving a crucial boost to Australia’s manufacturing sector – a noble endeavour, given the times.

Break out explainer: What is Industry 4.0?

Industry 4.0 represents the emerging Fourth Industrial Revolution, which is the way technology is being transformed in how things are done in client services, and the manufacturing industry. For manufacturing, it’s basically a new world of smart factories, with interconnected supply chains – like ships and trucks – that have linked machines, which communicate information to one another within a system. These systems are able to generate, and make sense of larger amounts of data.

AI guru Bernard Marr said Industry 4.0 was all about machines working together.

“We have smart machines that have sensors in them that are connected to networks, and talk to each other, so they can diagnose their own problems, and can alert someone that something is going wrong,” Mr Marr said. “It’s a new world of smart connected machines and robots … and we need to figure out the role of what people will play in all of this.”

The first industrial revolution started in the 18th century with the advent of innovations such as the steam engine, which revolutionised the way things like paper, flour and cotton were manufactured. One hundred years later, after the arrival of electricity, there came with it the use of automation, and assembly lines, with the launch of the second industrial revolution. Number three came along in the 1970s with the birth of computers, where robots within factories would start doing such things as repetitive jobs, typically done by blue collar workers. 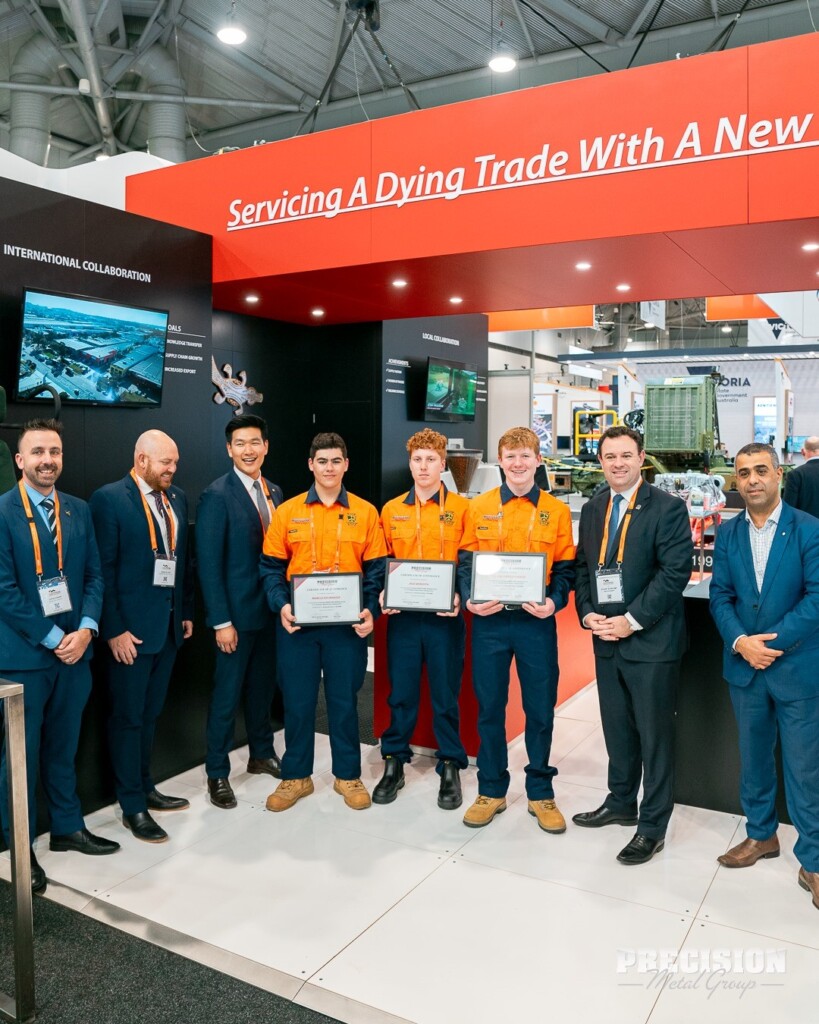 Precision Metal Group prides itself on the ability to be a one-stop shop, with a 24 hour 7 days a week Support, for customers to be assured their job can and will be done.
Read more »